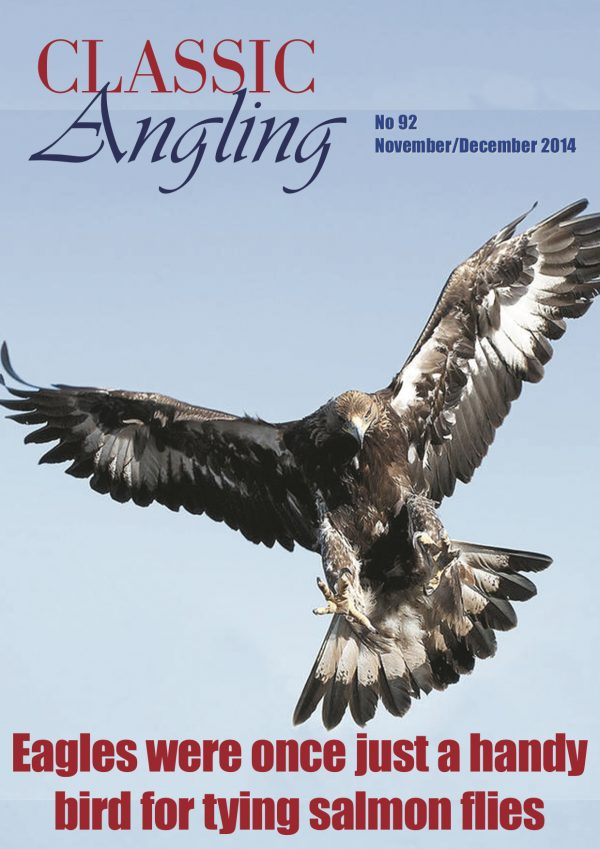 The amazing story of two Canadian brothers who have rewritten the record books for rainbow trout, landing several weighing over 40lb.

A Mitchell 410DL Global, sold at auction for $5750, is only the third known. All the countries where Mitchells were sold are listed on the reel’s rotor.

The appearance of ghost carp in the famed Redmire Pool may mean the lake has to be drained to preserve the purity of the original stock.

Andrew Herd looks at the days when all raptors were seen as pests, and how salmon fly tyers praised the unique quality of eagle feathers.

Keith Elliott concludes his series on Ernest Hemingway with a look at the many films made from the Old Man and the Sea – and how the author disliked them all.

Fred Buller continues his memory of rare British catches by writing on char, wild rainbows and even a lamprey.