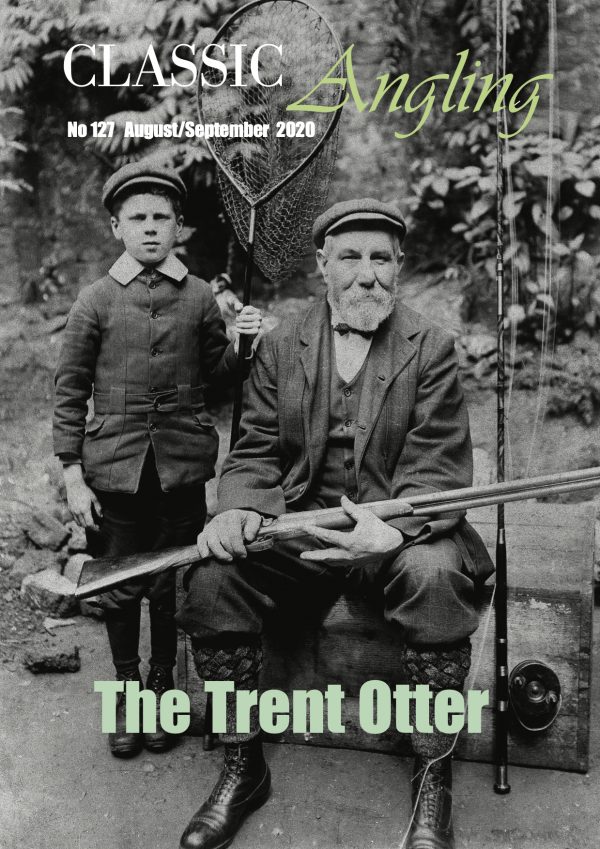 John Bailey, fed up with battling bureaucracy, reveals that he is set to leave Norfolk, the county where he has spent most of his life, and move to the Wye Valley

The renowned JW Martin, nicknamed the Trent Otter, posed a huge challenge for Peter Rolfe when he tried to find out more about the man himself.

The Mitchell reel that Richard Walker used to catch his 44lb record carp has been reunited with the Mark IV cane rod that caught the fish on that historic day in 1952.

Angling shows are bearing the brunt of the fallout from coronavirus, with almost every gathering postponed until 2021 or cancelled.

John Mullock has sold the fishing auction business that he set up more than 20 years ago, but the new owner has vowed to continue with angling-related sales.

The smooth handfish has become the first marine fish to be declared extinct. Experts fear that several others in the handfish family may soon suffer the same fate.

Donald Trump has sensationally stepped back from approving a permit for the hugely controversial Pebble Mine in Alaska, possibly influenced by his son’s opposition.

The Australian government has delayed a scheme to introduce a virus into its waters to halt the spread of invasive carp until at least 2021.

The UK’s Supreme Court has scuppered an appeal against the pending Ivory Act, which is very bad news for collectors with reels and other items with ivory parts.

Invasive species like alligator gar thrown into Sri Lankan waters by aquarists have prompted one man to embark on a campaign to stop their spread.

A carved pike, the work of the renowned Oscar Peterson, has sold for a record $47,000 at an online auction run by Guyette and Deeter in Maryland.

A very rare catfish is under threat because of President Donald Trump’s determination to build a 30ft-high wall on the Mexican border.

A chance to fish two rivers on Russia’s Kola Peninsula and several of the UK’s finest trout rivers are among lots in two online auctions.

A carving of a 69lb salmon caught around 1730 is the centrepiece of a new exhibition highlighting the history of salmon fishing on the river Tweed.

Diaries recording the fishing on Redmire Pool between 1975 and 1984, including the capture of Chris Yates’ record fish, are the subject of a new book about the famed water.

What may be the earliest salmon fly to use golden pheasant has a close link with the notorious Lord Bolingbroke, who bigamously married a Belgian noblewoman.

John Stephenson is reunited with an early Stanley reel that he once owned, and he discovers that it is actually a very rare pre-production model.