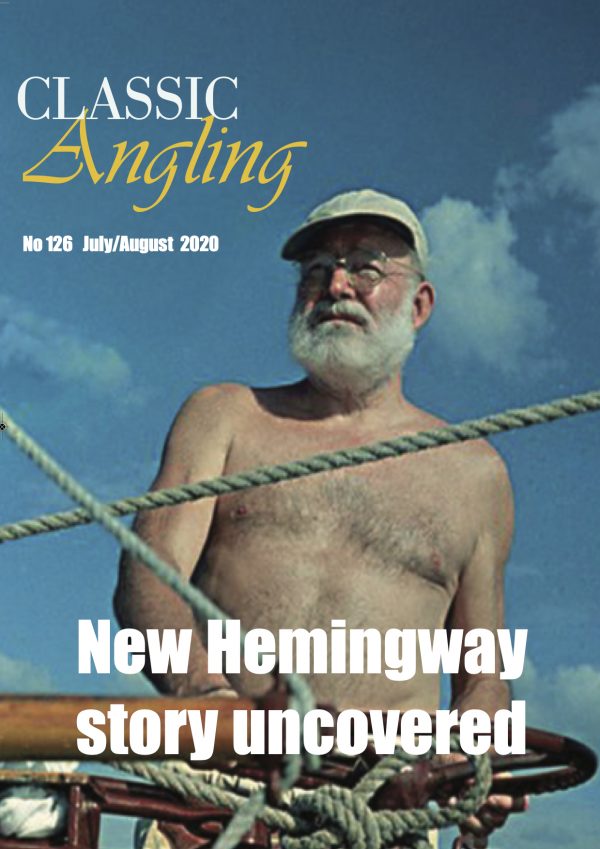 COVER STORY: A new story by Ernest Hemingway has been discovered by his grandson while searching through the author’s collection of letters.

Mystery surrounds the presence of a 4lb char caught on the river Test at Romsey. It was not a sea-going fish and no fisheries nearby stock char.

A huge taimen weighing 115lb is the largest salmonid ever caught on rod and line, and it fell to a fly angler, who has also landed a 107lb specimen.

There’s a mistaken belief that fishing in the 19th century must have been the stuff of dreams. The truth is very different, reveals Andrew Herd.

Was a 5lb 8oz fish caught from Redmire by Richard Walker a chub, as the book Redmire Pool claims, or was it actually a grass carp?

Albert McReynolds, who broke the striped bass record in 1982 and received death threats over it, has died aged 74.

Auction house Mullock’s had decided that all its fishing auctions in 2020 will be online only, because of coronavirus.

The fifth volume of Ernest Hemingway’s letters, chronicling his early big-game fishing off Cuba, is about to be published.

Hardy’s has broken with tradition and issued a Perfect trout reel with a coloured, game fish-themed backplate designed by Charles Jardine.

John Bailey, inspired by BB, finds solace in memories of secret estate lakes hidden in the grounds of historic houses.

Dave Steuart provides damning evidence of how a weir on the lower Test is effectively blocking salmon from running upriver.

Tasmania has William Ramsbottom of Lancashire to thank for its wonderful trout fishing. We look at the man and his family.