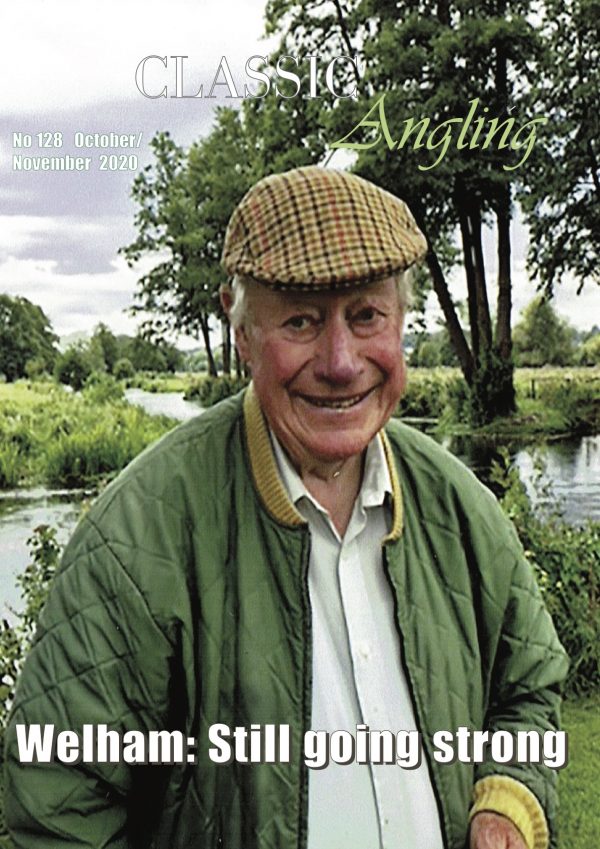 Cover story: Barrie Welham has been at the heart of fishing for more than 50 years. We look at the achievements of this largely unrecognised man, from casting champion to tackle pioneer.

The famed aquarium at the London Zoo, the world’s first public aquarium, has been closed forever. It once drew tens of thousands of anglers to view Richard Walker’s record-breaking carp.

The Great Lakes Steelheader, made only for the Canadian market, is one of the rare reels highlighted in a new book about the Redditch company JW Young & Sons.

Two men who cheated in a bass contest in an attempt to win a $2500 purse have been convicted. Forensic analysis of the winning fish proved they came from a lake 180 miles away.

THE PRESENCE of beavers appears to boost trout growth, a study has found. Researchers found that the growth rate of brown trout where beavers were present was 14% higher than normal,

If coronavirus has left you feeling a need for your own space, how about a 9309-acre Scottish estate with its own loch and a mile of a Spey tributary? The Kinrara estate is for sale at £7.5m.

A rare 4in prototype alloy Coxon Aerial with a walnut starback promises to be one of the highlights of Mullock’s next sale on November 24 and 25. It carries an estimate of £2000-£3000.

Interest in author Zane Grey still burns bright 80 years after his death, as the wonderful array of
lots with links to him proved at Lang’s latest sale, led by his fighting chair that sold for $7500.

Tom Collier, the CEO of Pebble Limited Partnership, which is trying to put a vast mine at Bristol Bay, Alaska, has resigned after secretly recorded talks with environmentalists were revealed.

Ice-fishing is under threat because winters everywhere are becoming too warm. Researchers analysed 122 lakes worldwide and found the number of ice-free winters had tripled since 1978.

Angling Auctions saw its first online-only sale generate £80,000 more than normal, leaving the company’s boss Neil Freeman, a fervid supporter of live auctions, in something of a dilemma.

We look at the background to Richard Walker’s 1952 capture of a 44lb record carp, now that the Mark IV rod and Mitchell reel that he used on that day have been reunited.

John Bailey accepts the capture of a 2lb roach and a 7lb chub from the Wensum as a farewell gift from his favourite river before he moves to the Wye Valley.

John Stephenson of Thomas Turner runs into a tackle-eating ferret and finds himself walking away with a pair of size 14 shoes on his travels to buy tackle.

Our books pages wax lyrical about a new book on the extraordinary antics by a group of eccentric millionaires determined to break the fly-caught tarpon record.

Everything from a tiny Hardy brass Perfect to carved fish, a pot-bellied leather creel and a silver lobster caviar dish made Angling Auctions’ latest sale an event to remember.

We look at what may have been the world’s most exclusive salmon fishing club, whose membership consisted almost entirely of aristocrats and the son of a Prime Minister.

The famed artist Sir John Millais, former president of the Royal Academy, was an avid angler who surprisingly rarely featured fish or fishing among his pictures.

William Senior enjoyed a colourful career and had a huge influence on Victorian angling. On the centenary of his death, we look at his life and many achievements.

Will Ryan recalls the golden days when he would sneak off from his teaching job to fly-fish for over-wintering bass and bluefish – and to spot submarines.

Plus letters, our events diary, classifieds and much more.