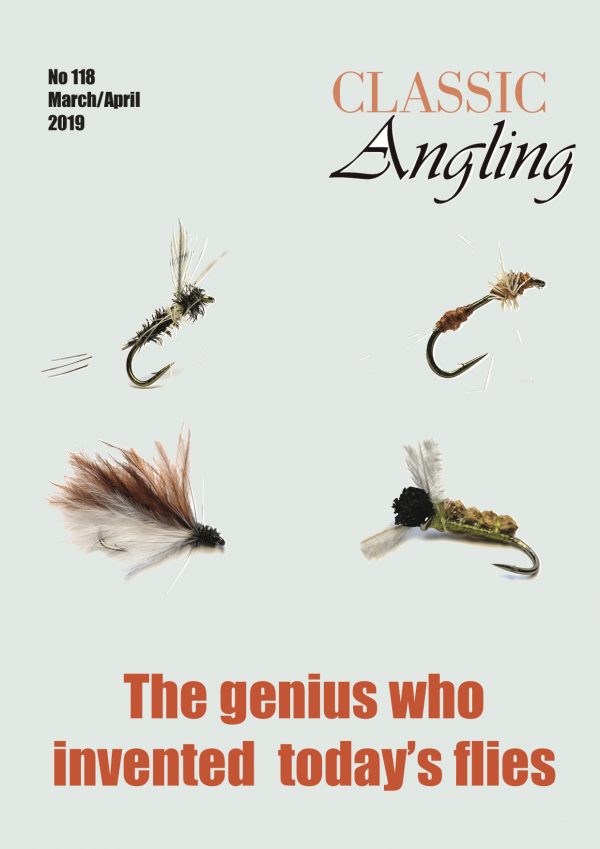 A centrepin that will cost £2800 is already a sellout. We look at the sought-after reels made by Paul Witcher.

Anglers today do not realise that many of the familiar patterns in their flyboxes were invented over a century ago by Dr James Mottram.

Charles Kingsley is best known as author of The Water Babies But he was also an avid angler and member of the famed Houghton Club.

A world-record pike weighing 55lb 1oz has been caught from the unlikely setting of a lake in Bulgaria.

A brown trout of nearly 55lb look set to smash the world record, though its captor is remaining very secretive about it.

Neil Freeman finds a spot on the Baltic Sea where anglers fishing for salmon can catch 40lb fish, with the average ones weighing 15-20lb.

John Drewett warned collectors about some clever fakes, especially bearing the Hardy name, that have been appearing on the market.