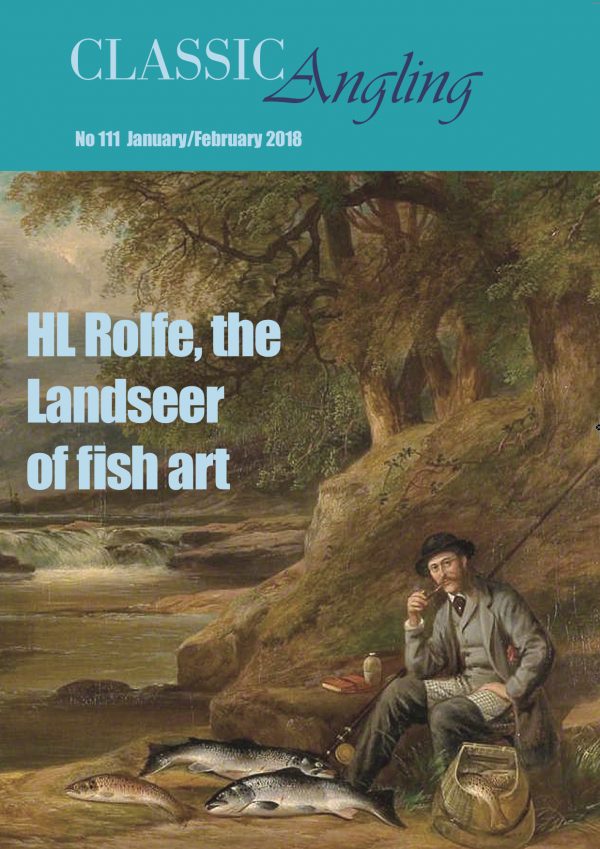 Henry Leonidas Rolfe was labelled as ‘the Landseer of fish art’, and his lifelike paintings became immensely popular when reproduced as prints and lithographs.

Striped bass are now resident in the Grand Cascapedia, considered Canada’s finest river for big salmon, and many fear they will play havoc with smolt runs.

A fine piece of detective work by Jim Schottenham enables him to authenticate a Willard Bradley brass reel given by General Robert E Lee to President Ulysses Grant.

All Our Yesterday finds what is probably the earliest outboard motor, the French-made Moto-Godille, pictured in a 1905 Fishing Gazette.

The former chairman of Farlow’s has uncovered an 1851 sketchbook that belonged to Charles Farlow himself at a provincial auction.

Dries Hanzens reveals all that is known about one of the rarest Mitchell reels – the elusive 358 Prince Rapid, known as the Green Prince.

Charles Thacher continues his review of the fishing Presidents with a look at Warren Harding and ‘Silent Cal’ Coolidge, who took weeks off from his duties to cast a line.

Old salmon flies can be made to look like new if you know how to clean them. Jason Lewis gives a step-by-step guide to the process.