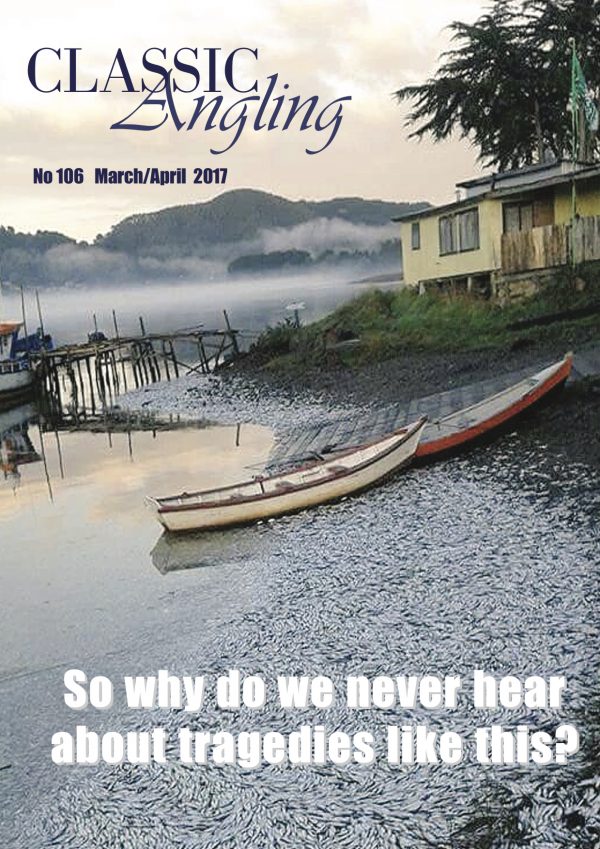 The last work of historian Fred Buller, Domesday and Beyond, has just been published posthumously, with a wealth of new material.

The IGFA has tightened rules for record claims, and dropped 45 species that are now no longer eligible for junior and line-class records.

The appearance of a second ‘White Lady’ Mitchell 300 has stunned collectors, who thought the only one of the all-white reel had ever been made.

Keith Harwood trolls through Shakespeare’s works and thinks that there are several clues indicating that he may well have been a fisherman.

Neil Freeman is mystified why 10,000 tonnes of sardines dying on the Chilean coast fails to elicit any interest in the world press. Fish, it seems, don’t count in the great scheme of things.

Erwin Bursik looks at how a group of creative makers turned the utilitarian Scarborough into some of the finest wood reels ever seen.

Todd Larson writes on the Red Goose Company of Missouri, which gave away prizes, including a reel, when you bought a pair of its shoes.