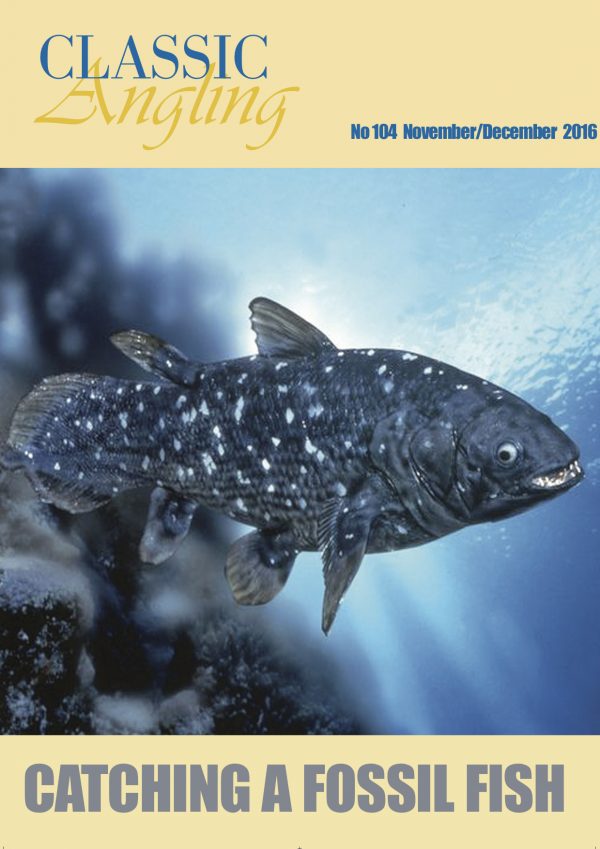 A pearl minnow that could date from the mid-1700s may be the very earliest bait ever to come up at auction. We examine the evidence.

We pay tribute to Dennis Roberts, the man who wrote the standard books on Mitchell reels, and the fly-tying editor Terry Griffiths.

Paul Curtis relates one of the great fish stories: the discovery of the coelacanth, a fish believed to have been extinct for 400 million years.

Reckless building of dams has wrecked so many rivers. But moves are underway to reverse this process. We look at the difference getting rid of dams has made on Maine’s Penobscot.

Neil Freeman is cheered to find a new breed of fisher attracted by the idea of fly-fishing for grayling.

Escaped farm salmon are mating with wild fish and producing offspring in many rivers in Newfoundland, scientists have found.

Bass Pro Shops is taking over the 85 outlets owned by its rival Cabela’s in a deal that is valued at $5.5 billion.