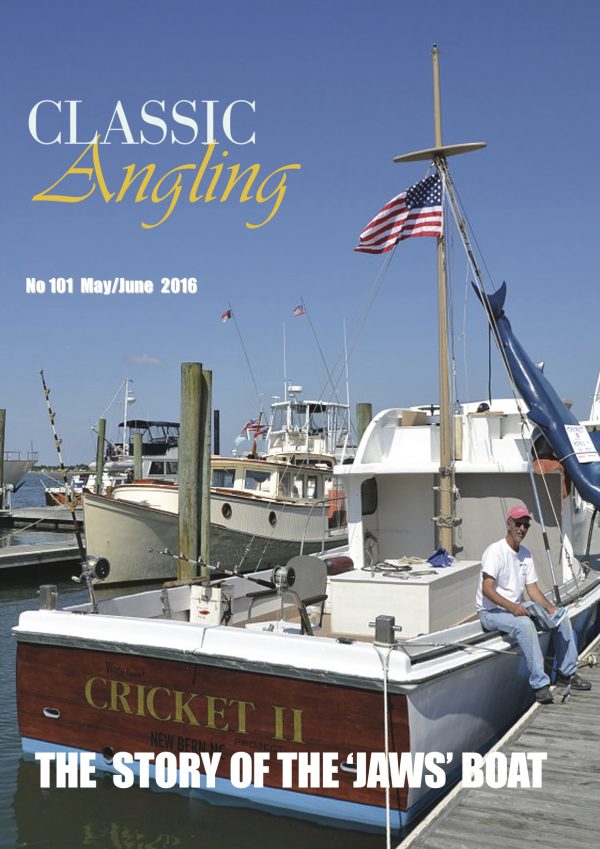 The shark-fishing boat that inspired the film Jaws has been brought back to life. we look at its history and its notorious skipper Frank Mundus.

The venerable company of Reuben Heaton is still going strong, more than 150 years after its founding. Andrew Race, who is working on the firm’s history, looks at its up and downs.

Angling Auctions is set to move its twice-yearly sales out of London and into southern England. Will it still draw the crowds once it leaves the capital?

An angler who won $48,000 for catching a 280lb marlin in a New Zealand tournament has his prize withheld after he failed a lie detector test.

Those were the days… All Our Yesterdays goes back to 1922, when the Prince of Wales caught four mahseer on a state visit to India.

John Bailey trawls through some old diaries to recall some of the good, bad and scary moments from the days when he spent most of his life fishing in foreign climes.

Marc Aroner finds some old index cards that bring back memories of Tom Bailey, a man whose influence on rod-building was huge but has never been truly appreciated.